Lines mark edges and are associated with the delineation of a contrast between two phases of an image.  Lines are obviously not physically drawn in photographs as they are in drawings, so are often present only by implication where they define edges.  Freeman (2007) asserts that lines play the biggest role in defining contrast visually, marking differences between light and dark, between colours or between shapes etc.  Horizontal and vertical lines, although clearly static themselves, induce stability in an image whereas diagonals and curves imply tension and movement, and also establish a relationship with the horizontal and vertical edges of a photograph.  Lines also have an expressive quality in terms of how the eye reacts to their boldness (strong lines can be interpreted as being aggressive and strong, thin lines can imply subtlety and delicacy).  Horizontal lines are claimed to be visually the easiest to relate to due to the nature of human vision, the fact that our field of view is a horizontally compressed oval and that we naturally scan from side to side as we observe and study everything that enters our field of vision.  Horizontal lines and surfaces also represent a natural baseline for things to ‘rest’ on in images, both physically and metaphorically.
Vertical lines form the sides of pictures and are also found in many elements of design such as figures, trees or indeed any upright structure.  The direction of a vertical line can be said to imply the directional force of gravity if the eye is lead downwards, or of something moving against gravitational force if the eye is lead upwards.  One interpretation of vertical lines is that they offer certain strength to an image because they form an implied barrier, especially when they are seen in multiples in a row.

When in the same image, vertical and horizontal lines often balance each other out and can also be seen to stop one another (a good example of this is where the horizon meets the vertical edge of the frame).

The exercise on lines asks that four vertical and four horizontal images are taken as an exploration of the ways in which line orientation can influence an image.  It also asks that this is done without looking at the following page where the things that the author considers are most likely to be found are listed .. I actually managed not to look ahead, which is unusual for me!

My four horizontal line images were a seascape, a reed bed showing horizontal colour lines, a rusty old gate and a field of oilseed rape.  My verticals, I actually took five, were a tree, a telegraph pole, a gate post, a path and the mast of a yacht.

The seascape shows a storm moving in over The Wash on the north Norfolk coast and is dominated by the horizon line between the sea and the approaching clouds, although there is a subsidiary line where the waves are breaking on the shore. 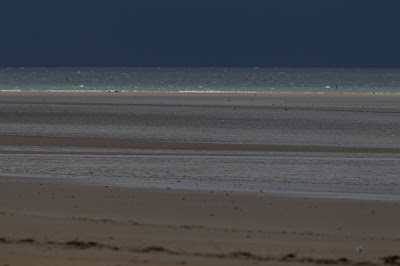 The reed bed has a number of horizontal lines emerging as the wind blew the reed stem about, but it is dominated by the darker colours of the seed heads across the centre of the image. 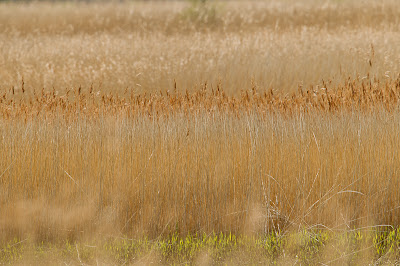 The old gate has its strongest line represented by the thicker iron bar across the top, although there are vertical elements to this image as well. 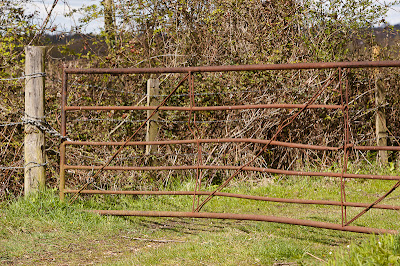 The field of oilseed rape shows a very prominent horizontal separation between the bright yellow of the crop and the upper part of the rest of the image.  It is helped by the very clear suggestion that the house and trees are firmly based on the horizontal line and are ‘resting’ upon it. 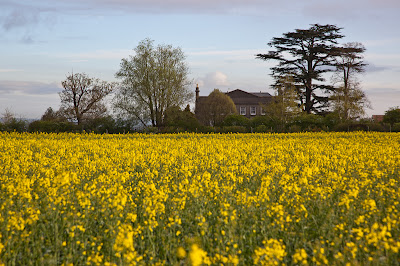 The first of my verticals was a tree, rather obvious I know, but I was trying to get these subjects shot in one go so I could move on to the next section and compare my results with the OCA course notes, and the tree provided a classic vertical line. 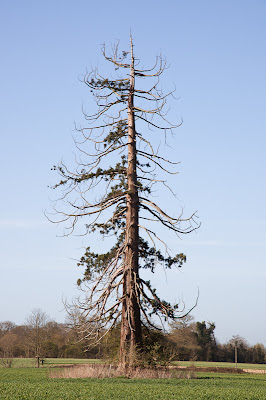 The pole and the post were also clear verticals. 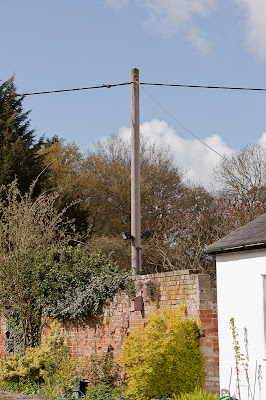 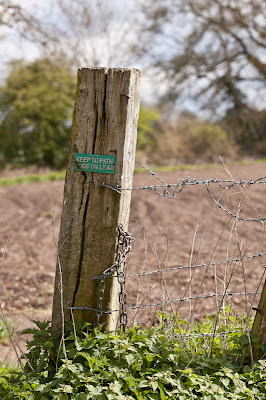 The mast of the yacht was less dominant as a vertical component of the image although I thought that its isolation against the clear sky made it stand out more than it would have done against a background with more features. 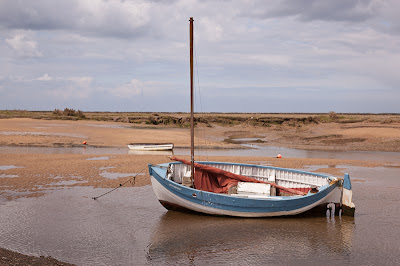 The footpath made a striking line up the image and I felt looked like a vertical line, perhaps more so in the viewfinder than in the actual image though. 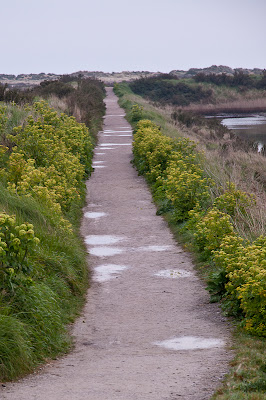 From the suggestions as to what one might find that are shown in the OCA notes I discovered that I had captured a number, but that there were also others that I should have seen during the time I took the images.  I found a) the horizon (sea and rape field), b) a mass of objects seen from a low angle (the reeds), c) tree trunk, d) path, e) post.  One suggestion that I did not find that I might have expected was a vertical or horizontal shadow, although as the sun never shines these days that was perhaps not surprising!
This was an interesting undertaking and although I felt that the horizontal lines had more weight and impact on the graphic qualities of the images I took, I suspect that this was because they were strong lines dividing the images very clearly and also because they went completely from one side of the frame to the other and connected the vertical sides of the pictures.