Triangles are more common than any other design element in photographs.  The simplicity of their three point construction, being the least number of points required to create a polygonal shape of any sort (unless they are in a straight line of course), coupled with the commonly occurring convergent diagonals which are created by camera lenses causing straight lines to converge on a vanishing point, make them a frequent event in images.  They offer dynamic diagonals for energy and also give stability if the base is level with the side or bottom of the frame, with the most stable configuration considered to be with the base level at the bottom of the image.  The converse of this, with the apex at the bottom, is far less stable as a design element and introduces more energy and aggression to an image due to the apparent instability of the virtual structure.


The triangle is such a strong shape that often only two sides are needed before the eye finds and implies the third, sometimes only being represented by the lines of the frame itself.  Even three strong ‘points’ will allow the implication of a triangle without there being the presence of lines at all. These graphic devices are all covered in the exercise here which requires the production of two sets of three images covering real and implied triangles.


My first image is a very obvious triangle as part of the roof structure of a local building and exemplified the shape in its simplest form. 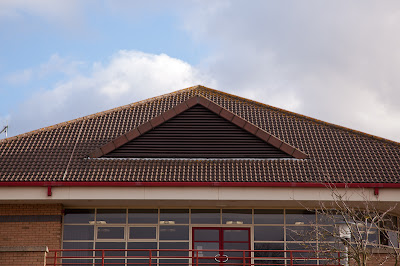 My second photograph required me to create a triangle by perspective with verticals converging towards the top of the frame.  For this picture I used a picture of a tall building on the Embankment and used a focal length of 24mm, the widest angled lens I possess to create the converging verticals which created the triangle.  A flat white sky did little for this picture, but at least the triangular device was clear! 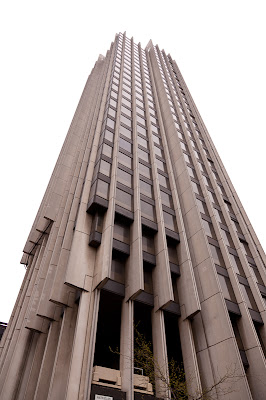 An inverted triangle, with lines converging by perspective was created by the supporting structure underneath the Millennium Bridge in London.  There are actually two triangles here, one created by the dark metal and one by the light metal, but both with an apparent convergence towards the bottom of the frame. 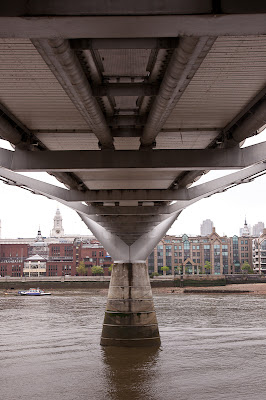 Where groups of objects are of a different size but need to be combined in one image (such as in product photography perhaps), it is possible to put the smallest object at the apex (i.e. nearer the camera) and the larger objects behind to gain a greater equivalence in the apparent size of the objects.  For this exercise I selected a series of items left from Christmas festivities and used a wide angled lens (24mm) to shoot the image from directly above for the ‘base at the bottom’ image, we’ll call it ‘Christmas Leftovers” .. 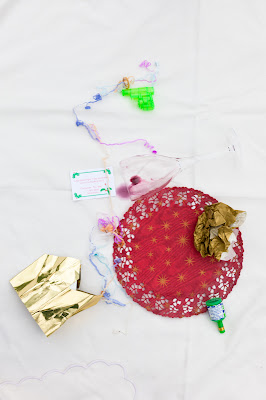 The second still life image needed to be an inverted triangle with the apex at the bottom.  For this image I rearranged the items from “Christmas Leftovers” and took two approaches.  The first had a large object, the paper hat, at the apex of the triangle and the two smallest items, the party popper and the water pistol, at the top.  This felt quite a table configuration, presumably because of the large item at the base conferring apparent stability to the arrangement. 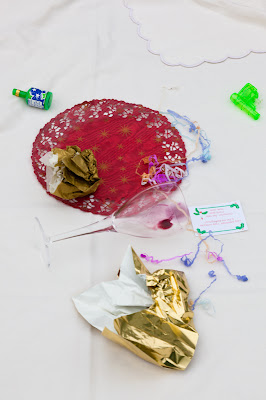 For the second set up I looked at, the water pistol was moved to the apex at the bottom of the triangle as I was trying to make the arrangement look more unstable, and this was aided by moving the wine glass and spilled content to point towards the base as if the instability had caused it to fall;  I kept the wine glass at a diagonal to hopefully add more energy to an unstable image. 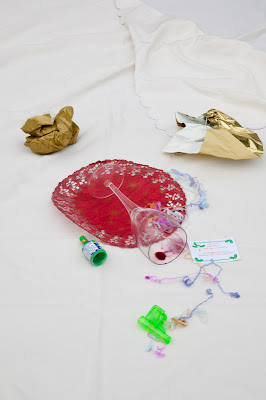 The final element in the exercise was to arrange three people so that either their faces or their bodies formed the apices of a triangle.  I remembered taking this shot a few months ago on a sunny morning after snow, and the position of the people was (fortuitously) an excellent triangle; the glowing happy faces are particularly accentuated by the sun and stand out in a triangular element. 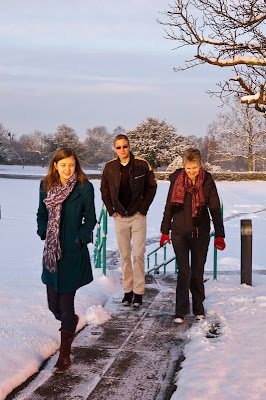 Shapes are vital elements of design as they organise an image and impose structure to give coherence to a picture.  Triangular elements in an image can be strengthened and emphasised by any photographic device which removes distracting lines and structures from the photograph.  Reportage photography usually demands simplicity and clarity to make the intent of an image obvious, and the triangle is a classic way of achieving this objective and delivering some order from the chaos which is often not under the control of the photographer.
Rectangles are generally man made and are rather a dull graphic device in my view, usually associated with borders round things (like photographs ...) and are rather final and restrictive.  They appear frequently, and obviously, in architectural photography where they are an essential element of structure and composition, but are largely static and lacking in dynamism.
Circles as design elements are damn difficult to find unless they are actually real circular objects themselves.  They are considered, at least by Michael Freeman in the OCA course notes, to be the most structurally powerful of all graphic devices because of their enclosing properties.  Freeman (2007) also asserts that circles can be associated with movement because of the link with rotational direction, although I would think this would be suggested more strongly by an actual circular object rather than by an implied circle.
This exercise seemed relatively straightforward on the face of it, but producing implied triangles from the two still life photographs I set up was anything but.  Apart from the earlier exercise where I used the silver discs to build up the pattern one piece at a time (Exercise 16 – Multiple Points), this was the first time I had ever attempted to set up any form of still life in my life.  It’s not a photographic genre that I feel any great affinity for, much preferring to make an image from a found situation, but I suspect that I am going to have to develop at least some skills in the area as the course progresses.  Unfortunately, it’s not something that I enjoy as the results are largely predictable, although clearly the actual quality of the outcome depends on photographic, lighting and artistic skills.