The exercise here demands that photographs are taken that show scenes or parts of scenes that are dominated by each one of the primary (red, yellow, blue) and secondary (green, violet, orange) colours.  It is suggested that exposures are bracketed by half a stop and the one that has the closest colour match to the intended output selected.  There is strong discouragement from exclusively photographing paint, the likely outcome of doing this exercise too rapidly, and really taking some time to search out more imaginative subjects to photograph.  There is a wealth of natural subjects as well as textiles, foods etc. to go at, and I hoped to work mostly with these as I progressed through the exercises and assessment options.
I had no particular theme in mind when I set out to conduct this exercise, and the resultant eclectic mix of subjects bears testimony to this.  It was immediately obvious that it is very difficult to just go out and find the right colours, both from the perspective of subject matter and from that of the great variety of colours that did not quite match what I was after.  There are clearly a large number of tones of each colour that fail to fit the true primary and secondary criteria, with green clearly being the most troublesome.

All the colours I have imaged were compared visually to the primaries and secondaries on a Gretag Macbeth colour calibration target card to get them as close as possible to the true colour.  I am using a monitor calibrated with an X-Rite Eye-One-Display-2 calibration device, and I am happy that the colours I am publishing are ‘correct’.   However, the compression applied to images in blogger is not convincing me that it does not alter colours, although I am confident that images put forward for assessment in my Flickr Pro account will be accurate.


I attempted to fulfil the exercise brief by taking pictures of a wide range of subjects, whilst avoiding paint as far as possible ...  For red I took some pictures of a number of different fabrics and finally selected a close up of a one day cricket shirt (complete with ball and logo to really labour the point!!). 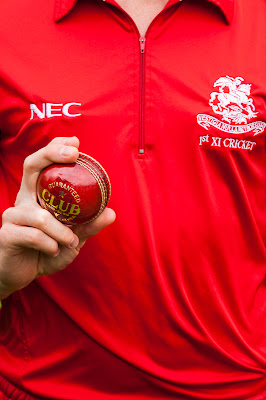 For yellow I took a number of images of flowers, finally settling on this image of a group of primroses, photographed with an exposure compensation of -1EV, to give the most accurate representation of the yellow on the calibration card. 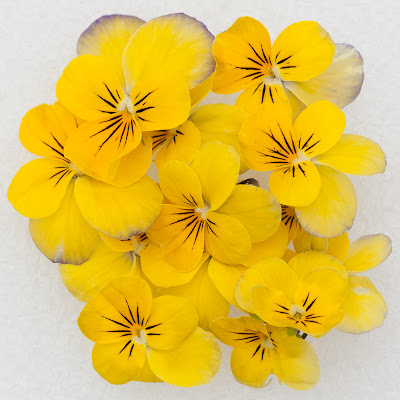 Blue is a shot I took in Shetland of a shag (yes, the bird really is called that ..) with the water behind lit to a stunning blue by the reflection of the sunlit wall of the Lerwick fish factory !  Interestingly, a very slight change in angle caused an entirely different effect as the blue reflection was disturbed by the waves that were running on the sea and the solid colour disappeared by moving only a couple of feet to the side. 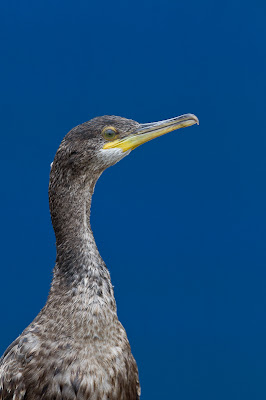 For the secondaries, and for green, I had my only diversion into paint as an alternative to the endless options offered by green grass and leaves, and chose to photograph this vintage lorry at a local fair.  The green of the cab has an excellent fit to the true primary green on my colour calibration target. 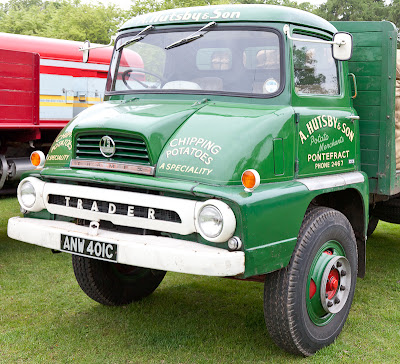 Orange was represented by a winter sunrise over the Lambourn Downs where the sky and frosted grass turned a magnificent fiery orange as the sun cleared the horizon.  As an alternative, I did briefly consider a part of the London Eye that was painted orange, but in effort to avoid a paint image I have a strong preference for the sunrise.  I have shown both images here for interest. 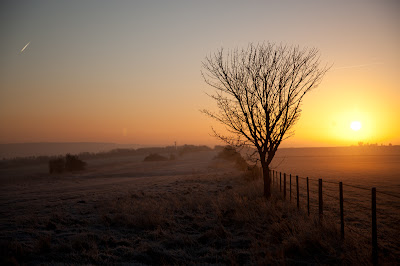 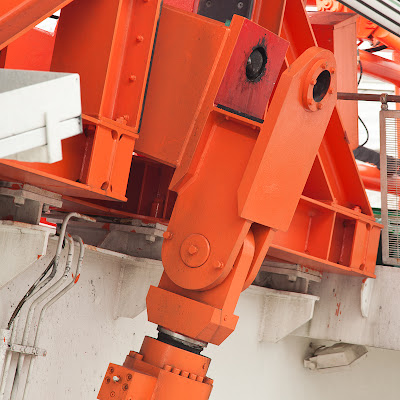 Violet was probably the most difficult to find, although there were a number of flowers that fitted the bill.  I photographed a number of irises and pansies, finally deciding to go with the predominantly violet close up of one of the iris flowers.  This image also has a proportion of yellow in it and may feature at a later date when I need to show some pictures which adhere to defined colour ratios. 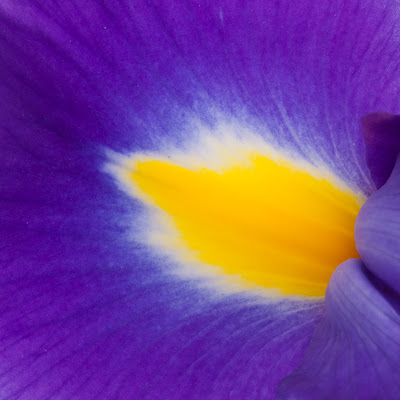 This exercise on primary and secondary colours was not quite as easy as I expected it to be.  This was due in part to the endless dismal weather which was not conducive to the outdoor natural light photography I had largely planned, but mostly attributable to my underestimating how time consuming it would be to find apparently simple colours without resorting to painted surfaces.