Cropping is a design option that allows elements of a frame to be selected to alter the appearance or story of an image. In my view it is something that is overdone frequently in wildlife photography where the photographer is often not able to get close enough to the subject to get an appropriately sized image in the viewfinder.  There is an obvious detrimental effect on image quality if cropping is overdone, although it does depend on the intended outlet (print or screen) and print size as to what the photographer can get away with ..


The exercise on cropping required that three images were taken and a different picture cropped from within the original.  My first image was of a scene taken from the Embankment area in London and showed two Thames river boats passing in front of the White Tower at the Tower of London.  When I took this image I had considered it suitability from a number of perspectives .. there were the old and the new, and a red and a blue boat, but I did not at the time spot the possibility for cropping to produce two entirely different images of a London scene.  I shot this with a full frame camera, so there is plenty of resolution to still give a good quality picture even with a substantial crop.  I went for the panoramic ‘letterbox’ crop as I felt it suited the shapes of the two river boats. 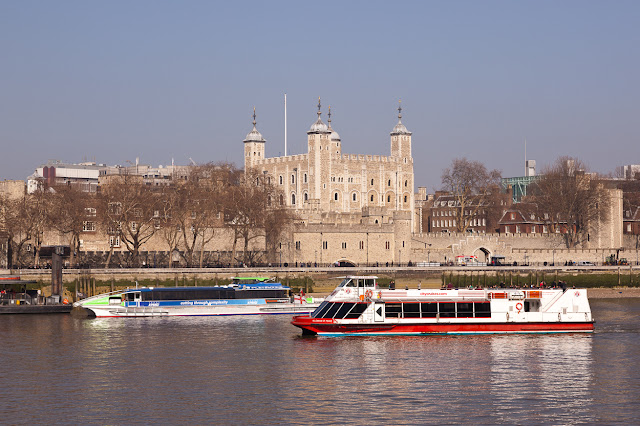 The crop completely changed the story being told by the image.  The full version captures the view of two typical London tourist scenes with boats passing the White Tower and I felt had a nice balance between the two key elements of the image.  The colour of the boats in the foreground makes an excellent contrast with the more muted tones of the tower behind.

Canon 5D MkII + 24-105mm f/4 L IS lens             67mm  :  1/500sec  :  f/8  :  ISO100
My second pair of images was again from the London waterfront and again featured boats as an element of the design.  The view of Tower Bridge with the moored barges in the foreground I felt told a story of London and its river – although the wooden pier that can be seen under the centre span of the bridge in the background is a minor element of the image, it took considerable contortion to get it placed there.  I thought this was important as the lines of the barges lead the eye in that direction and I wanted it to be not touching the bridge. 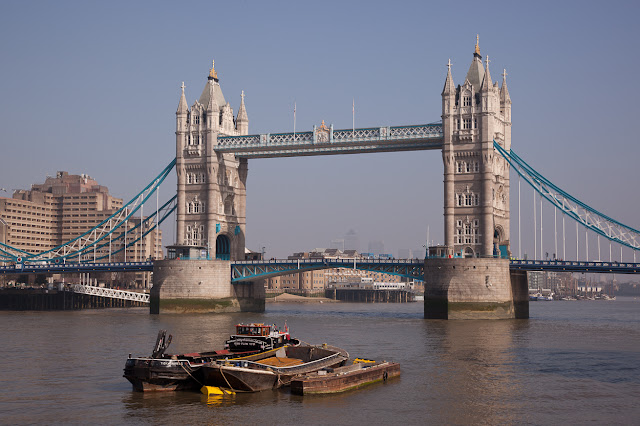 The cropped shot eliminated the bridge from the scene and clearly made a completely different picture with attention focused entirely on the barges and their ‘Tidy Thames’ message.  Again I felt that the letterbox crop suited the image.

Technical details:
Canon 5D MkII + 24-105mm f/4 L IS lens             58mm  :  1/350sec  :  f/8  :  ISO100
Finally, I looked at a landscape image selected from a trip to South Africa.  The full shot shows a hotel complex and places it in the wide sweep of the bush, whereas the crop is all about the buildings and far less about the location.  I took the picture because the light and cloud shadow really seemed to highlight the structures in the valley floor. 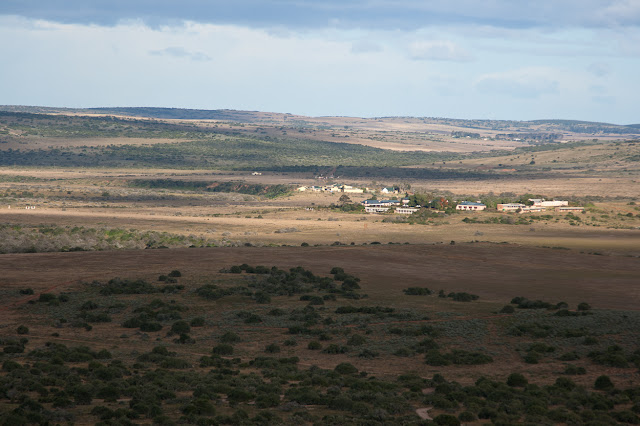 Although the crop has lost the horizon and therefore says far less about the actual setting, I think the light picks out the buildings in a more obvious way through the more close up approach. 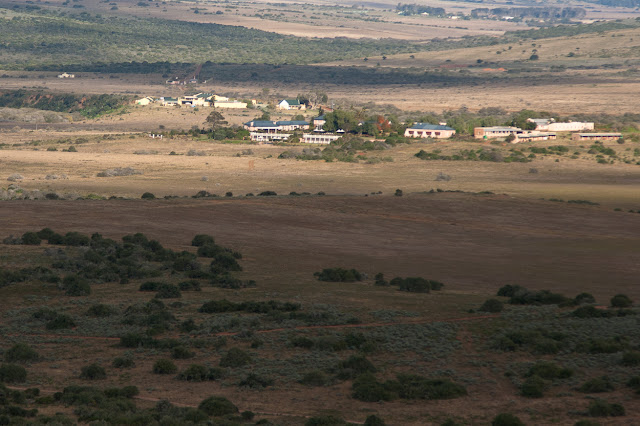 Technical details:
Canon 400D + 24-105mm f/4 L IS lens             105mm  :  1/1000sec  :  f/4  :  ISO100
I found this exercise quite interesting in that for most of my photography I am trying to create a situation where I don’t need to crop an image to gain the composition I want.  I looked at a number of cropping options for quite a lot of different images and was surprised that although standard horizontal 3:2 crops, square crops and letterbox crops were easy to see in many of the pictures, I found none of my images were suited to having portrait format crops made from them.

Email ThisBlogThis!Share to TwitterShare to FacebookShare to Pinterest
Labels: 1 The Frame, Exercise 14 Cropping