I have been reading around the subject of contrast and its use in painting and photography whilst I have been working my way through the exercises for Light.  One of the words that crops up regularly is chiaroscuro, an Italian term which literally means 'light-dark'. In drawings and paintings the description refers to marked tonal contrasts which suggest volume and modeling and the intimation of a three dimensional form of the subject.  The term has spread from its original roots in Italian Renaissance art, where it featured in works by the likes of da Vinci and Raphael and is now frequently referred to in descriptions of photographs.  Although mostly reserved for strong contrasts, it also relates to the impact of dark upon light or light on dark. It is not restricted to portraiture and features in the terminology related landscapes, still life and any other form of photography where strong contrasts abound.


Rembrandt featured chiaroscuro in many portraits and the features of the characteristic lighting he painted bear his name.   For portrait photography to achieve ‘Rembrandt lighting’ it is usual for the main light to illuminate the short side of the face (i.e. that turned away from the light source) while having the nose cast a shadow onto the broad side of the face thus creating a  triangle of illumination lighting the eye and a triangular area beneath it.  A great example of how to light a face to attain this is in this link and a couple of examples of Rembrandt’s work depicting the triangle of light are shown below. 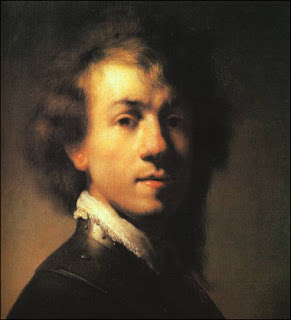 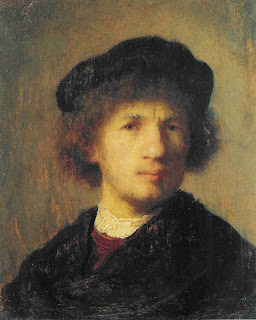 Another painter who is referenced in a number of texts for his use of chiaroscuro is Rubens, and an example which is often referenced is The Elevation of the Cross, as shown below.  Of special note is the number of times that the very light and very dark parts of the painting impose upon one another to create such a dramatic composition. 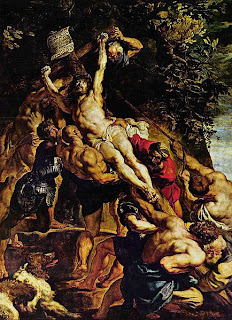 Johannes Itten (remember him from the very first ‘contrasts’ exercises in the formative days of this blog!?) described chiaroscuro as “one of the most expressive and important means of composition” in his Bauhaus introductory course.  Many photographs constrain their tonal information to the mid-tones, or the “safe tonal areas” as they are described by Freeman (2007), and keep away from the more radical ends of the camera histogram in the highlights and shadows.  But it is clear from innumerable published photographs that there is real excitement and impact to be had in these extremes and opportunities exist to give images some real bite …


The use of contrast in photographic images can work in some situations and not in others.  Black and white is more forgiving of high key imagery than is colour (which looks overexposed) and can produce some dramatic results.  I think that low key “contrasty” images can be equally successful in either medium.


There are two examples given in the OCA notes, both showing radical use of contrast.  These are Edward Weston’s portrait of Guadeloupe de Marin Riviera and Dorothy Norman 1935 from Alfred Steiglitz.  As can be seen from the links, both photographs are composed of major areas of black or white, focusing attention squarely on the face.